The 1960s hit-making rock band The Royal Guardsmen, who rose to worldwide fame in 1966 with the hit singles "Snoopy Vs. The Red Baron" and "Snoopy's Christmas" is drawing rave reviews for its first-ever live CD, "Beaglemania LIVE!" The 20-song project was recorded on Nov. 7, 2010 at Haugh Performing Arts Center in Glendora, California.
"Beaglemania LIVE!" was produced in conjunction with The Royal Guardsmen's "Over and Out Tour," which will continue through 2014. The collector's edition CD features all the band's hits, including: "Snoopy Vs. The Red Baron," "Snoopy's Christmas," "Baby Let's Wait," and "Return of The Red Baron," to name a few. It also includes entertaining and insightful on-stage interviews with the band members.
Michael McDowell, Editor/Publisher of Blitz Magazine, called it one of the best releases of 2010.
More information about The Royal Guardsmen can be accessed by logging on to: http://www.theroyalguardsmen.com/. "Beaglemania LIVE!" is sold exclusively at www.starcreekrecords.com

Gary Paul Bryant's piano stylings add the perfect amount of snazzy class on "One Cool Squirrel." Complete with the steady, pulsating beat of the high hat and stunningly swift sax melodies, the track sends listeners on a trip to New Orleans at night, mesmerizing both their eyes and ears with the classy tone of the city as they visualize street musicians and shining lights.
http://www.wildlifethecd.com

The Shred House, Loveland CO All Ages!!! Sky Hi Music Festival ,
900 E. Eisenhower Loveland, Colorado 80538 US
10pm
Cost:$15.00, $10 tickets in advance!
Description:Sky Hi Music Festival!!! State wide music Festival, Tickets get you into all venues all weekend!! Over 100 bands from Ft Collins to Colorado Springs!!!
click on the flyer below for to buy tickets (Note that the link is for the ogden but the tickets will get you into the loveland show as well!)

Extremely rare and sought-after album shows a very different side to the incredibly rich Turkish music scene of the late 1960's/early 1970's, with gravelly vocals and introspective folk rock arrangements; a mostly calm album with incredible songs and lyrics from revered songwriter Bulent Ortacgil, recorded in 1973 or 1974; regarded by Hans Pokora's Record Collector Dreams book as psych folk, where it received four stars; musical support provided by a team of dynamite musicians including Onno Tunc and Atilla Ozdemiroglu; booklet includes lyrics and photos.

A relatively obscure Romanian pop/folk musician. She has created a number of rare and interesting albums and worked in the film industry as an actor and as a score writer. She has a most wonderful voice and it can barely be expressed in a few words. Her style and panache needs to be heard and enjoyed.

The Flute is Hans Reffert and the Voice is Hans Brandeis. Together, they combine to make a most beautiful sound and a great album with this album here.

I'm sitting here and listening to the second song called "Fairies" and as soon as the singing pauses and there's a slight lull, I feel like I'm about to drift away and then suddenly, the flute comes in and takes me away more quickly than the soft picks on the cords. It's absolutely amazing.

When the two met, they were witnessing a wonderful Indian Sitar performance and that's when it clicked. They picked up plenty of inspiration from Indian music, but that's not really where a large portion came. They also had plenty of influences in the field of Jazz music along with a large folk inspiration.


This album is ripped at 192 mp3.
The title is Hallo Rabbit
Tracklist:

Seven amazing songs that seem to flow together in perfection. This album is a must have for anyone remotely interested in folk music.

Pesnyary
Not less than nine piece band, they combined rock and folk music in a way no one did before.

The first Pesnyary recordings date back to 1969 (now some are available on compilation CD's issued in 1996). These were the cover versions of the Beatles with Russian lyrics. (Think that every Soviet Union band passed such "Beatles cover versions" period in the beginning of the career).

But it didn't take long for Pesnyary to develop their own, absolutely unique sound. Not less than nine piece band, they combined rock and folk music in a way no one did before. Bjelorussian folk is a specific music, very tender and melodical, filled with sorrow rather than with joy. Pesnyary didn't just make rock arrangements of folk songs, they developed and enriched these songs at the same time taking great care of the original passion and soul. One can find many elements of psychedelia in their earlier works and progressive moves in the later albums. All their LP's are highly recommended.

Sadly, the Soviet music officials were not sleeping... All the bands of the seventies had to include in their repertoire the songs by "official" writers and composers. But these tracks, moving to pop in style, in Pesnyary's versions became massive hits and are popular even nowadays.

All the band members were the top class players and the vocal group was exceptional. Using traditional folk instruments - horns, strings and others (don't know how are they called in English) combined with organ and electric guitar sometimes produced very psychedelic effect. The first, self titled LP saw the light of day in 1971 (by the way the second and third albums were as well self-titled, don't be confused!).

This is the second album. It was released in 1974.

Give it a whirl and lemme know what you think.

"Long before attaining fame as a soundtrack composer and new age artist, Osamu Kitajima adopted a sufficiently Anglo pseudonym and released this amazing homage to British pop-psychedelia in 1971. Issued by Warner Bros. in Japan only, the LP has unsurprisingly climbed skywards in price ever since, and only a cave dweller could miss the faithful nods to Syd, Marc, John, Paul, George and Ringo in the original compositions and English lyrics. Osamu's ability around a studio was evident even then and the choice of genre to lovingly imitate predated the whole retro/'paisley' psych movement by about ten or fifteen years."


According to other stories, he used the name to try to gain sales in the American and British markets. With a Japanese name, he wasn't going to get the exposure in America and England that he would with an Anglo name.

He's Japanese through and through, but people wanted his album to sell.

He did change his name back and since that first album, he's done quite a bit of New Age material. This album, though, is the best thing he's done.

It's such a beautiful album. 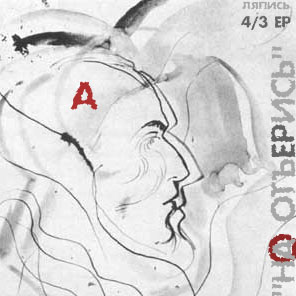